Liposuction in Face and Neck 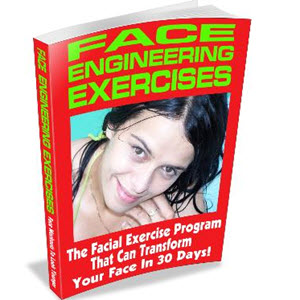 Since 1972 we have possessed a very simple and effective method of improving bodily contours through liposuction. The first person to attach a hollow can-nula to a vacuum machine was Ulrich Kesselring in Lausanne in 1972. The blunt tunnelling technique of liquid imbibed and anaesthetized fatty tissue was invented by Yves Gerard Illouz from France. The first cannulas were very robust, 1 cm in diameter. Now we have smaller-diameter cannulas - 5, 4, 3, 2, and even 1.6 mm - which allow us to do fine work with them.

One started to dare doing liposuction in the neck and face area, when it is indicated. This helps us in achieving optimal contours. For the face and neck we use a cooled solution of the following ingredients:

This solution should be allowed to work for at least 30 min before we start with liposuction. We prefer VASER liposuction in other locations, but we do not use it in the face and neck. There is a danger of thermal damage to the nerves.

If we do only liposuction, we make three incisions of 2-3 mm in the submental skin crease and directly behind each ear lobe. In this way we move our can-nulas in an almost perpendicular direction to each other, creating a harmonious net of liposuction channels. We start with 3 mm cannulas and end with 1,6 mm cannulas. We never act against resistance and we aim at the skin so as not to damage deeper structures.

Fig. 60.2. a Instillation of tumescent solution 2:1 (two parts of fluid to one part of fat expected to be removed). b After 30 min we start with 0.5 bar liposuction of the submental area and c continue from below the ear lobe oblique to the midline of the neck

Fig. 34.3. a "Pinch test" of the right jowl still not liposuctioned. b The left side has been done; we can pinch only 2-3 mm of skin between thumb and index finger

Fig. 34.4. a Dermographic planning: black areas to be reduced by liposuction and blue areas for autologous fat transfer, to augment the malar region and to reduce the cheeks. b Red marking for the larynx - caution - not to be damaged. c Liposuction from submental access. Patient d before (square face) and e 1 day after surgery (oval face)

Fig. 34.4. a Dermographic planning: black areas to be reduced by liposuction and blue areas for autologous fat transfer, to augment the malar region and to reduce the cheeks. b Red marking for the larynx - caution - not to be damaged. c Liposuction from submental access. Patient d before (square face) and e 1 day after surgery (oval face)

In 1986 Michael Cunningham extensively researched female beauty and among the ten most important factors he found the first two to be broad malar bones and narrow cheeks. According to Cunningham, this combination would, like a developed female breast, be a sign of sexual maturity and would prevent paedophilic desire. That is why the half profile should have this convex-concave line, Bill Little's "ogee line", and is why we nowadays look for "contou-roplasty".

When we perform facelifts we very often do lipo-suction in the neck area but sometimes also in the cheeks, especially in the lower parts of them to accentuate the convex-concave ogee line. Some cases of facial asymmetry are caused by unilateral fat hypertrophy. Then we do liposuction only on the hypertrophic side.

The neck can sometimes have a huge amount of Sometimes hypertrophic fat is localized in the sub-fat. Supraplatysmal fat can be removed by liposuction. mandibular region. Subplatysmal fat is better to be removed under visual control.

. b Three months after liposuction with a 1.6 mm cannula. Side look

Fig. 60.9. a Fat hypertrophy in the lower portion of the neck of the same patient c before and d after surgery

a Liposuction of the lower face, neck, and upper arms planned. b Four weeks after surgery

Fig. 60.9. a Fat hypertrophy in the lower portion of the neck of the same patient c before and d after surgery

Fat hypertrophy can sometimes be localized in the lower part of the neck. As the procedure becomes more precise, we dare operate on patients we would have refused a decade ago.

Liposuction of face can be done isolated or combined with other surgeries, most commonly with liposuction in other parts of the body.

Fig. 60.11. a Surgeon with a double chin. b Four weeks after autoultrasonolipocontouring

If the surgeon has a fatty double chin himself/her- -

self and masters the method, he/she can do the lipo- Bibliography suction in front of a mirror himself/herself. The surgeon does not go to a colleague to be shaved, and it is Please see the general bibliography at the end of this the same region, just below the skin. book.

As all photographs in this part of the book originate from the author one can imagine whose double chin it is in Fig. 60.11.

Do you feel like an ugly duckling sometimes? Doesn't it seem like everyone else seems to know the best ways to present themselves, from their hair, to their skin, to their makeup?

How To Get Rid Of A Double Chin, Side Face Surgery