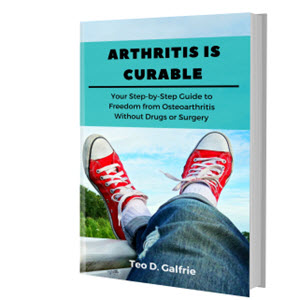 The term NSAID gastropathy refers to the spectrum of side effects in the upper gastrointestinal (GI) tract suffered by patients using nonsteroidal antiinflammatory drugs (NSAIDs). This toxicity includes commonly experienced "nuisance" symptoms such as dyspepsia as well as infrequent but much more serious events such as symptomatic and complicated ulcers. The incredible numbers of people taking NSAIDS, both prescription and over the counter, make this a significant health care issue. Since more than 70 million prescriptions and more than 30 billion nonprescription NSAIDS are sold yearly, NSAID gastropathy represents the most common serious adverse drug problem in the United States (1).

A large database of arthritis patients reveals that NSAID use is responsible for more than 103,000 hospitalizations and at least 16,500 deaths a year (1). Among patients hospitalized for NSAID-associated bleeding, the mortality has been estimated at 5-10%, largely related to comorbid conditions. Prospective studies (2,3) have recently validated estimates that the risk of a serious event on NSAID therapy is 2-4% yearly. Nearly all patients who take aspirin and/or NSAIDs develop asymptomatic acute upper GI tract injury (ulcers and erosions) at some point in time. Interestingly, very few patients who develop serious complications have antecedent dyspeptic symptoms.

Endoscopic ulcers are used as an imperfect surrogate marker for clinically significant ulcers. A metaanalysis has evaluated the frequency of endoscopic ulcers in NSAID-using patients from medication prophylaxis trials (4). The cohort of patients receiving aspirin or an NSAID for more than 4 weeks had a 9.1% incidence of gastric ulcers and a 4% incidence of duodenal ulcers. Low-risk patients are typically studied in such trials, and a higher prevalence of both gastric and duodenal damage has been observed in studies of arthritis patients. Gastric ulcers were seen in approximately 13%, whereas duodenal ulcers were observed in 11%; this represents a 46-fold increase for gastric ulcer risk and an 8-fold increase in duodenal ulcer risk, compared with the normal population (5).

Increasing attention has been paid to the risk of ulcer complications experienced by patients on low-dose aspirin for cardiovascular indications. Aspirin at doses as low as 75 mg/d has been associated with significantly increased risk of bleeding gastric and duodenal ulcers (68). The risk of upper GI bleeding with low-dose aspirin in these studies was increased approximately two- to fourfold, and enteric coating and buffering provided no protection. Doses of aspirin as low as 10 mg/d can cause ulcers (9). This remains a relevant clinical concern for patients requiring an antiplatelet drug such as those using a cyclooxygenase-2 (COX-2)-specific inhibitor. Based on analysis of the large outcome study examining the safety of celecoxib [the Celecoxib Long-term Arthritis Safety Study (CLASS)], aspirin had a considerable adverse impact on the reduction in ulcer complications seen in patients taking celecoxib compared with traditional NSAIDs (2).

Arthritis is a general term which is commonly associated with a number of painful conditions affecting the joints and bones. The term arthritis literally translates to joint inflammation.