DLB is a clinically identifiable dementing illness that often includes parkinsonian features (68). The average ages at onset is 75 yr, and mean survival is about 3.5 yr, with a range of 1-20 yr (69). The central feature of DLB is progressively disabling dementia, but its core features, of which two out of three are necessary for a "probable" diagnosis, include fluctuating cognition, visual hallucinations, and motor signs of parkinsonism. Additional problems that may support the diagnosis include falls, syncope, loss of consciousness, delusions and hallucinations (auditory, olfactory, tactile), and sensitivity to neuroleptic medications (70). At its end stage profound dementia and parkinsonism may be present (70). Speech and language deficits may be present in DLB but they do not contribute to differential diagnosis of the condition.

The neuropathology of DLB is complex. This brief discussion will emphasize the loci of pathology because of their direct relevance to clinical features, particularly speech and language deficits.

Pathologic abnormalities are found in the neocortex, limbic cortex, subcortical nuclei, and brainstem, but brainstem or cortical Lewy bodies (LBs) are the only features that must be present for a pathologic diagnosis (70). Spongioform changes and some pathologic features of Alzheimer's disease (AD) may also be present. Limbic and neocortical LBs are logically related to neuropsychiatry and cognitive signs and symptoms. LBs in spinal cord sympathetic neurons and dorsal vagal nuclei may be linked to autonomic failure and dysphagia (and some aspects of dysarthria), respectively (69,70).

On neuroimaging, in contrast to findings in AD, people with DLB have relative preservation of medial temporal structures, including the hippocampus. In comparison to AD, DLB is associated with greater occipital hypoperfusion and greater compromise in the nigrostriatal pathways (69).

Müller et al. (55) examined the evolution of dysarthria and dysphagia in 14 patients with pathologically confirmed DLB. Dysarthria was present in 72%. Dysarthria and dysphagia onset were not early in DLB (median onset was 42 and 43 mo, respectively), but were typically earlier than in PD. Dysarthria was said to be predominantly hypophonic/monotonous in 70%. Severe speech impairment at the last clinical visit (~ 5 mo before death) was present in 29%. McKeith et al. (70) note that motor features of parkinsonism are typically mild but can include hypophonic speech. In general, hypokinetic dysarthria is the primary and perhaps only neurologic motor speech disturbance expected in DLB.

Language impairments, particularly aphasia, are not among the signs or symptoms included in clinical criteria for the diagnosis of DLB, and only infrequently are they mentioned in case descriptions. Only one single case study (71) has documented primary progressive aphasia as the initial presentation (and only sign for 6 yr) in a patient who eventually developed visual hallucinations and parkinsonism; the pathology was that of DLB and AD. A few additional case descriptions have made reference to the presence of aphasia, or signs suggestive of aphasia, such as difficulty with word recall and retrieval and sentence completion (72,73), but the language deficits in each case were vaguely described and appeared to be part of widespread cognitive and personality changes.

Deficits within the language domain probably are not uncommon but they likely are most often embedded within a constellation of other cognitive impairments. For example, in a study of people with AD and DLB, matched in age and severity of cognitive impairment, Lambon Ralph et al. (74) found both groups to have semantic memory deficits as reflected in a graded naming test, picture naming, spoken word to picture matching, semantic association, a category sorting test, and a word and letter fluency test. In comparison to the AD group, the DLB group had more severe semantic deficits for pictures than words, as well as visuoperceptual deficits. The authors concluded that patients with DLB have a generalized dementia that affects many different domains of performance, including semantic abilities.

Although impairment of cognitive functions in DLB appears broad, cognitive reaction time, attention, fluctuations of attention, working memory, and (particularly) visuoperceptive abilities are often noteworthy and, on average, are more impaired in DLB than AD (75-78). McKeith et al. (70) note that prominent memory impairment may not be evident early in DLB, but that with disease progression deficits in memory, language, and other cognitive skills frequently overlap with those seen in AD.

If hypokinetic dysarthria is present, and cognitive deficits not severe, LSVT may help improve loudness and intelligibility. Otherwise listener and speaker strategies must be considered to maximize comprehensibility (e.g., amplifier, pacing board, reduce noise, intelligibility breakdown repair strategies). If visuoperceptual deficits are prominent, increased emphasis is placed on the verbal (and other nonvisual) modality to enhance comprehension. It is important to work with significant others to identify strategies to maximize communication (e.g., how best to provide verbal input, how best to ask or make confirmatory statements to clarify needs and wants). With the exception of the complication of visuoperceptual deficits, these strategies would probably be common to those often used for people with AD.

Is There A Cure for Parkinson Disease 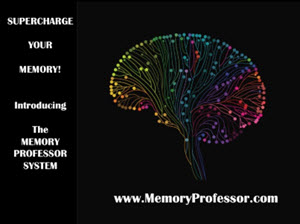