Levers and Biomechanics of the Joints 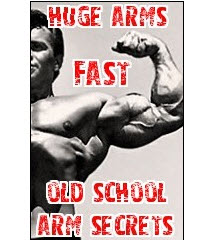 A lever is any elongated, rigid object that rotates around a fixed point called the fulcrum (fig. 9.15). Familiar examples include a seesaw and a crowbar. Rotation occurs when an effort applied to one point on the lever overcomes a resistance (load) located at some other point. The part of a lever from the fulcrum to the point of effort is called the effort arm, and the part from the fulcrum to the point of resistance is the resistance arm. In the body, a long bone acts as a lever, a joint serves as the fulcrum, and the effort is generated by a muscle attached to the bone.

The function of a lever is to confer an advantage— either to exert more force against a resisting object than the force applied to the lever (for example, in moving a heavy boulder with a crowbar) or to move the resisting object farther or faster than the effort arm is moved (as in swinging a baseball bat). A single lever cannot confer both advantages. There is a trade-off between force on one hand and speed or distance on the other—as one increases, the other decreases.

The mechanical advantage (MA) of a lever is the ratio of its output force to its input force. It can be predicted from the length of the effort arm, LE, divided by the length of the resistance arm, LR; that is, MA = LE/LR. If MA is greater than 1.0, the lever will produce more force, but less speed or distance, than the force exerted on it. If MA is less than 1.0, the lever will produce more speed or distance, but less force, than the input. Consider the elbow

Figure 9.15 The Basic Components of a Lever. This example is a first-class lever.

joint, for example (fig. 9.16a). Its resistance arm is longer than its effort arm, so we know from the preceding formula that the mechanical advantage is going to be less than 1.0. The figure shows some representative values for LE and LR that yield MA = 0.15. The biceps brachii muscle puts more power into the lever than we get out of it, but the hand moves farther and faster than the point where the biceps tendon inserts on the ulna.

In chapter 10, you will see that several joints have two or more muscles acting on them, seemingly producing the same effect. At first, you might consider this arrangement redundant, but it makes sense if the tendinous insertions of the muscles are at slightly different places and produce different mechanical advantages. A runner taking off from the starting line, for example, uses "low-gear" (high-MA) muscles that do not generate much speed but have the power to overcome the inertia of the body. A runner then "shifts into high gear" by using muscles with different insertions that have a lower mechanical advantage but produce more speed at the feet. This is analogous to the way an automobile transmission works to get a car to move and then cruise at high speed.

Physicists recognize three classes of levers that differ with respect to which component—the fulcrum (F), effort (E), or resistance (R)—is in the middle. A first-class lever (EFR) is one with the fulcrum in the middle. Each half of

Figure 9.16 Mechanical Advantage (MA). MA is calculated from the length of the effort arm divided by the length of the resistance arm. (a) The forearm acts as a third-class lever during flexion of the elbow. (b) The mandible acts as a second-class lever when the jaw is forcibly opened. The digastric muscle and others provide the effort, while tension in the temporalis muscle and others provide resistance.

Physiology: The Unity of Companies, 2003 Form and Function, Third Edition a pair of scissors, for example, acts as a first-class lever with the screw as its fulcrum (fig. 9.17a). An anatomical example is the atlantooccipital joint of the neck, where the muscles of the back of the neck pull down on the nuchal lines of the skull and oppose the tendency of the head to tip forward. Loss of muscle tone here can be embarrassing if you nod off in class.

A second-class lever (FRE) is one in which the resistance is in the middle (fig. 9.17b). Lifting the handles of a wheelbarrow, for example, causes it to pivot on its wheel at the opposite end, and lift a load in the middle. The mandible acts as a second-class lever when the digastric muscle pulls down on the chin to open the mouth. The ful-

crum is the temporomandibular (jaw) joint, the effort is applied to the chin by the digastric muscle, and the resistance is the tension of muscles such as the temporalis that is used to bite and to hold the mouth closed. (This arrangement is upside down relative to a wheelbarrow, but the mechanics remain the same.)