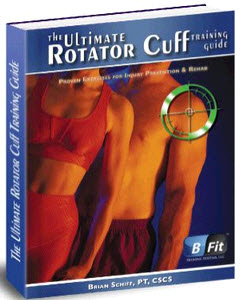 The shoulder joint is called the humeroscapular (gleno-humeral) joint (fig. 9.19). It is the most freely movable joint of the body but also one of the most commonly injured. The shallowness of the glenoid cavity and looseness of the joint capsule sacrifice joint stability for freedom of movement. The cavity, however, has a ring of fibrocartilage called the glenoid labrum23 around its margin, which makes it somewhat deeper than it appears on a dried skeleton.

Five principal ligaments support this joint. Three of them, called glenohumeral ligaments, are relatively weak and sometimes absent. The other two are the coraco-humeral ligament, which extends from the coracoid process of the scapula to the greater tubercle of the

Figure 9.18 The Temporomandibular Joint (TMJ). (a) Lateral view; (b) medial view; (c) sagittal section through the joint cavity. Why is the stylomandibular ligament not part of the TMJ?

Figure 9.18 The Temporomandibular Joint (TMJ). (a) Lateral view; (b) medial view; (c) sagittal section through the joint cavity. Why is the stylomandibular ligament not part of the TMJ?

humerus, and the transverse humeral ligament, which extends from the greater to the lesser tubercle of the humerus, creating a tunnel through which a tendon of the biceps brachii passes.

The biceps tendon is the most important stabilizer of the shoulder. It originates on the margin of the glenoid cavity, passes through the joint capsule, and emerges into the intertubercular groove of the humerus, where it is held by the transverse humeral ligament. Inferior to this groove, it merges into the biceps brachii. Thus, the tendon functions as a taut, adjustable strap that holds the humerus against the glenoid cavity.

In addition to the biceps brachii, four muscles important in stabilizing the humeroscapular joint are the supraspinatus, infraspinatus, teres minor, and subscapu-laris, all of which are shown and described more fully in chapter 10. The tendons of these four muscles form the rotator cuff, which is fused to the joint capsule on all sides except ventrally.

Shoulder dislocations are very painful and can result in permanent damage. The most common dislocation is downward displacement of the humerus, because (1) the rotator cuff protects the joint in all directions except ven-trally, and (2) the joint is protected from above by the cora-coid process, acromion, and clavicle. Dislocations most often occur when the arm is abducted and then receives a blow from above—for example, when the outstretched arm is struck by heavy objects falling off a shelf. They also occur in children who are jerked off the ground by one arm or forced to follow by a hard tug on the arm. Children are especially prone to such injury not only because of the inherent stress caused by such abuse but also because a child's shoulder is not fully ossified and the rotator cuff is not strong enough to withstand such stress. Because this joint is so easily dislocated, you should never attempt to move an immobilized person by pulling on his or her arm.

Four bursae are associated with the shoulder joint. Their names describe their locations—the subdeltoid, sub-acromial, subcoracoid, and subscapular bursae (fig. 9.19).

You can have significantly bigger arms in only 31 days. How much bigger? That depends on a lot of factors. You werent able to select your parents so youre stuck with your genetic potential to build muscles. You may have a good potential or you may be like may of the rest of us who have averages Potential. Download this great free ebook and start learns how to build your muscles up.