Why is carbohydrate an appropriate name for this class of compounds? Relate this name to the general formula of carbohydrates.

The simplest carbohydrates are called monosaccharides17 (MON-oh-SAC-uh-rides), or simple sugars. The three of primary importance are glucose, fructose, and galactose, all with the molecular formula C6H12O6; they are isomers of each other (fig. 2.16). We obtain these sugars mainly by the digestion of more complex carbohydrates. Glucose is the "blood sugar" that provides energy to most of our cells. Two other monosaccharides, ribose and deoxyribose, are important components of DNA and RNA.

Disaccharides are sugars composed of two monosac-charides. The three of greatest importance are sucrose (made of glucose + fructose), lactose (glucose + galactose), and maltose (glucose + glucose) (fig. 2.17). Sucrose is produced by sugarcane and sugar beets and used as common table sugar. Lactose is milk sugar. Maltose is a product of starch digestion and is present in a few foods such as germinating wheat and malt beverages.

Glycogen18 is an energy-storage polysaccharide made by cells of the liver, muscles, uterus, and vagina. It is a long branched glucose polymer (fig. 2.18). The liver produces glycogen after a meal, when the blood glucose level is high, and then breaks it down between meals to maintain blood glucose levels when there is no food intake. Muscle stores glycogen for its own energy needs, and the uterus uses it in pregnancy to nourish the embryo.

Starch is the corresponding energy-storage polysac-charide of plants. They store it when sunlight and nutrients are available and draw from it when photosynthesis is not possible (for example, at night and in winter, when a plant has shed its leaves). Starch is the only significant digestible dietary polysaccharide.

Cellulose is a structural polysaccharide that gives strength to the cell walls of plants. It is the principal component of wood, cotton, and paper. It consists of a few thousand glucose monomers joined together, with every other monomer "upside down" relative to the next. (The —CH2OH groups all face in the same direction in glycogen and starch, but alternate between facing up and down in cellulose.) Cellulose is the most abundant organic compound on earth and it is a common component of the diets of humans and other animals—yet we have no enzymes to

Saladin: Anatomy & I 2. The Chemistry of Life I Text I I © The McGraw-Hill

74 Part One Organization of the Body

the molecular formula C6H12O6. Each angle in the rings represents a carbon atom except the one where oxygen is shown. This is a conventional way of representing carbon in the structural formulae of organic compounds.

Figure 2.18 Glycogen. This is the only polysaccharide found in human tissues. (a) Part of a glycogen molecule showing the chain of glucose monomers and branching pattern. (b) Detail of a portion of the molecule at a branch point.

Saladin: Anatomy & I 2. The Chemistry of Life I Text I I © The McGraw-Hill

digest it and thus derive no energy or nutrition from it. Nevertheless, it is important as dietary "fiber," "bulk," or "roughage." It swells with water in the digestive tract and helps move other materials through the intestine.

Carbohydrates are, above all, a source of energy that can be quickly mobilized. All digested carbohydrate is ultimately converted to glucose, and glucose is oxidized to make ATP, a high-energy compound discussed later. But carbohydrates have other functions as well (table 2.6). They are often conjugated19 with (covalently bound to) proteins and lipids. Many of the lipid and protein molecules at the external surface of the cell membrane have chains of up to 12 sugars attached to them, thus forming glycolipids and glycoproteins, respectively. Among other functions, glycoproteins are a major component of mucus, which traps particles in the respiratory system, resists infection, and protects the digestive tract from its own acid and enzymes.

Chapter 2 The Chemistry of Life 75

Proteoglycans (once called mucopolysaccharides) are macromolecules in which the carbohydrate component is dominant and a peptide or protein forms a smaller component. Proteoglycans form gels that help hold cells and tissues together, form a gelatinous filler in the umbilical cord and eye, lubricate the joints of the skeletal system, and account for the tough rubbery texture of cartilage. Their structure and functions are further considered in chapter 5.

When discussing conjugated macromolecules it is convenient to refer to each chemically different component as a moiety20 (MOY-eh-tee). Proteoglycans have a protein moiety and a carbohydrate moiety, for example.

Find out why long exhausting workouts may do more harm than good. Most of the body-building workout and diet regimens out there are designed for the guys that gain muscle and fat easily. They focus on eating less and working out more in order to cut the excess fat from their bodies while adding needed muscle tone. 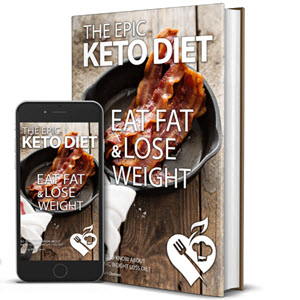